One of our amazing customers, Christopher Aquilina recently competed in two white collar boxing fights, and won them both. Christopher fully utilised his TruPlan, choosing to workout with 3 of our very best trainers Georges, Josh and Jermayn. To find out more about this amazing feat, we asked Christopher to tell us about his experience.

1. Why did you decide to enter a white collar boxing fight?
I remember being a young kid and my dad was reading the Sunday papers, when he came across an article talking about the new fad of white collar boxing amongst yuppies. I think the seed was sewn then – it was always in the back of my mind after that and I’m quite keen on unusual challenges. I’ve been boxing on and off for several years having started in my early 20s. Up until that point I hadn’t ever watched boxing but was hooked instantly. I had my first white collar fight after a few years of training so I can legitimately claim that this isn’t part of a mid-life crisis!

2. What was the toughest part of your training?
I started training with Josh, Jermayn and Georges, from Trube, at the start of the summer. I tend to train before work so we had some amazing warm, blue sky days training outside by the river. When summer turned to winter the motivation levels went down significantly. There’s something very depressing about heading outside to train in the dark when it’s drizzling with rain – hence my need for personal training! The other tough part of training is of course getting punched in the face during sparring. 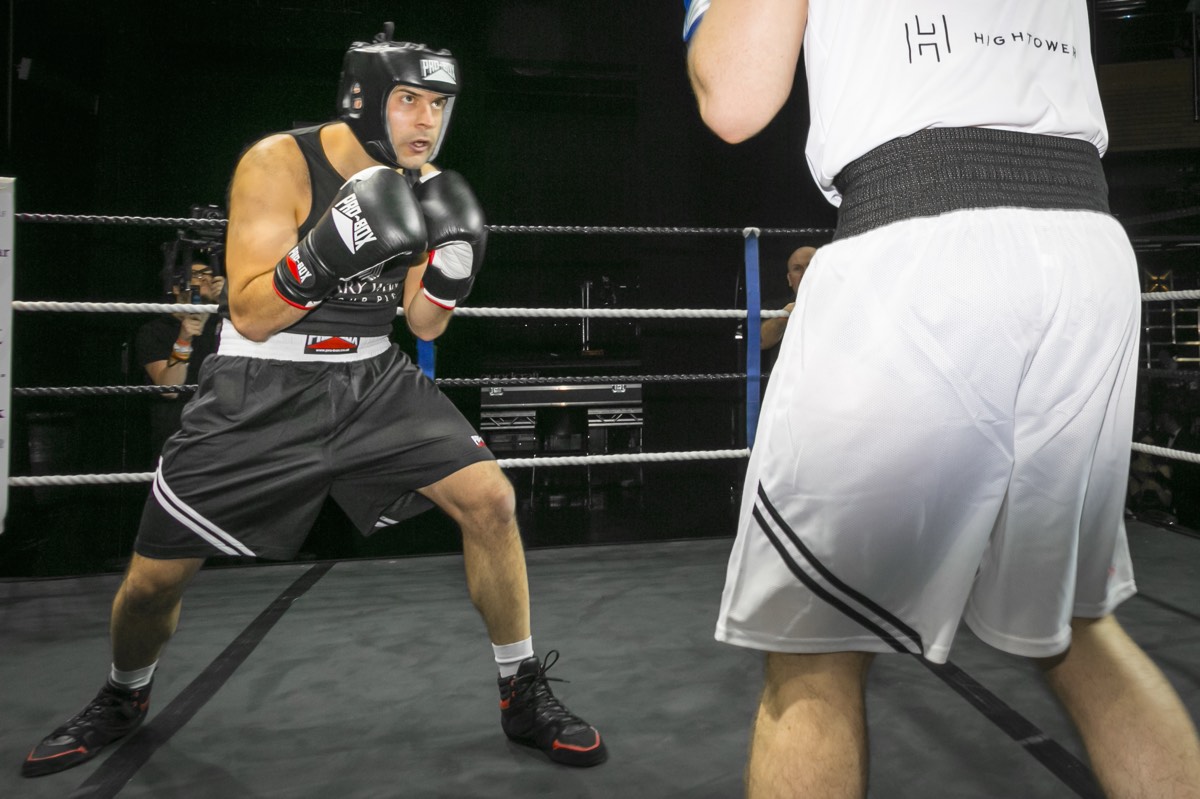 3. How did your personal trainers prepare you to wins?
The best aspect of working with Trube was that I had access to a wide range of personal trainers with different specialities. The work I did with Josh was mostly focussed on fitness, strength and endurance whereas Georges was all about technique and strategy. Jermayn mostly did pad work with me so between the three trainers I felt like I had all bases covered.

4. How much training did you do to prepare for your fights?
I had previously fought in two white collar fights, losing both, in the years before my fights this November. I was so determined to win both of these fights that I dedicated a huge amount of time to the training. I had a session every week with each of my TruBe trainers plus I would do sparring once a week and then perhaps one further training session on my own so all in all perhaps five sessions a week, sometimes six. Ultimately it all paid off because I won both fights (much to my relief).

5. Would you recommend entering a white collar fight and would you enter another fight?
It appeals to a certain type of person and ultimately if that isn’t you then I would strongly recommend not doing it. That said, for the right person it is an unparalleled experience. All the sparring and training in the world doesn’t really prepare you for stepping into the ring with hundreds of people watching. Doing a ring walk to your chosen music is unforgettable when you spend most of your time working in an office! As much as I would love to I’m definitely not doing another fight and I retire very happily with a two win – two loss record. All the fights have been occasions I will look back on fondly and along the way the events that I have been involved in have raised hundreds of thousands of pounds for charity.

A huge congratulations to Christopher for winning both of his fights and for helping raise money for Fighting for Charity.

If you think that white collar fighting might be for you, then why not download the app and book a boxing session with one of personal trainers and coaching coaches.

View all posts by Alex Coombes